Belgium is a constitutional, hereditary monarchy.

There have been seven kings since independence in 1830. When the Belgians became independent in 1830, the National Congress chose a constitutional monarchy as the form of government.

Congress voted on the question on 22 November 1830, supporting the monarchy by 174 votes to 13. In February 1831, the Congress nominated Louis, Duke of Nemours, the son of the French king Louis-Philippe, but international considerations deterred Louis-Philippe from accepting the honor for his son.

Following this refusal, the National Congress appointed Erasme-Louis, Baron Surlet de Chokier, to be the Regent of Belgium on February 25, 1831.

Leopold of Saxe-Coburg and Gotha was designated as King of the Belgians by the National Congress and swore allegiance to the Belgian constitution in front of Saint James’s Church at Coudenberg Palace in Brussels on July  21.

As a hereditary constitutional monarchy system, the Constitution governs the role and operation of Belgium’s monarchy. The royal office of King is designated solely for a descendant of the first King of the Belgians, Leopold I.

The incumbent, Philippe, ascended the throne on July 21, 2013, following the abdication of his father, Albert II. 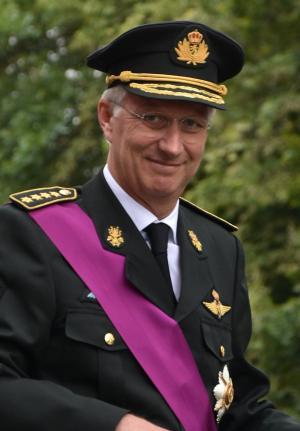 It’s not uncommon for royals from different countries to be related. And that just so happens to be the case with the Belgium Royal Family and the English.

While descended from different royal houses, Belgian King Philippe and Queen Elizabeth II are related by blood, sharing a common ancestor of Franz, the Duke of Saxe-Coburg-Saalfeld.

The current Philippe I is the current king of Belgium. He married Mathilde in 1999. She is the daughter of Count Patrick d’Udekem d’Acoz. 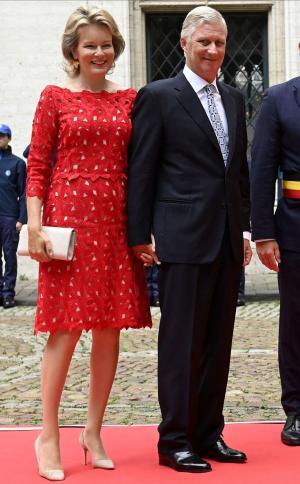 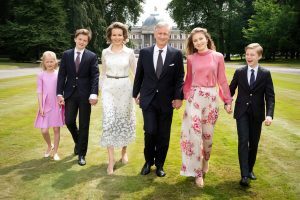 Normally royals prefer the male over the female, even if the male was born after the female. However, that isn’t the case here. 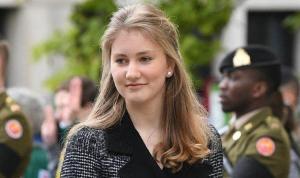 Ten years prior to Elisabeth’s birth, a new act of succession was put into effect, which introduced absolute primogeniture, meaning that she comes first in the line of succession because she is the eldest child. 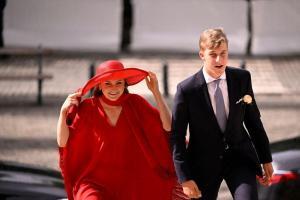 On July 21, 2013, once Elisabeth’s father had taken the oath of office as King of the Belgians, she became heir apparent to the throne and, as such, bears the title of Duchess of Brabant. She will be Belgium’s first female monarch if she ascends to the throne as expected.

She’s highly educated and speaks multiple languages, including Dutch, French, German, and English, and is rumored to have taken classes in Mandarin Chinese.

Elisabeth studied at St. John Berchmans College in the Marollen district of Brussels. This is a significant change in the habits of the royal family, as it is the first time that a future Belgian monarch’s education has begun in Dutch. In 2018, she continued her secondary education at UWC Atlantic College in Wales and received her International Baccalaureate Diploma in 2020. She also attended the Yale Young Global Scholars Program at Yale University.