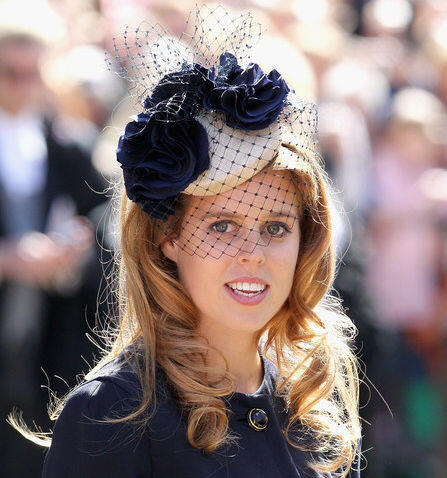 Her Royal Highness Princess Beatrice of York is the eldest daughter of Prince Andrew, Duke of York, and Sarah Ferguson, Duchess of York.

Princess Beatrice does not carry out any public duties on behalf of the royal family, nor does she receive an allowance from the Privy Purse. Still, she does do some charity work on her own and with her mother.

Princess Beatrice of York was born on 8/8/88 – and many think the #8 is very lucky.  The number eight is also the symbol of infinity and is considered very special.

8 has long been regarded as the luckiest number in Chinese culture. With the pronunciation of ‘Ba’ in Chinese, no. 8 sounds similar to the word ‘Fa’, which means to make a fortune. It contains meanings of prosperity, success, and high social status too, so all businessmen favor it very much.

She married Edoardo Mapelli Mozzi on July 17, 2020, in a private ceremony at the Royal Chapel of All Saints. 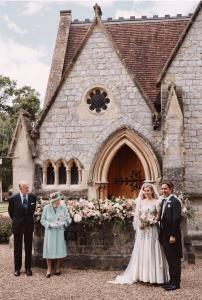 Edoardo Mapelli Mozzi is the son of Alessandro “Alex” Mapelli-Mozzi, British Olympian and member of an Italian noble family whose ancestral seat is the Villa Mapelli Mozzi in the Bergamo province of Italy.

The BBC describes Mapelli Mozzi as being a Count. The title was given to his family in the nobility of Italy in 1913 by King Victor Emmanuel III to all male descendants imposing the surname and noble family of Mozzi and is incorporated into the family of Mapelli. 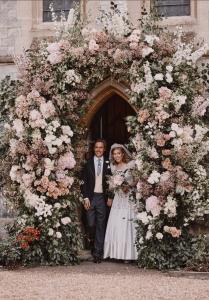 “The wedding took place in accordance with all relevant government guidelines.” Her dress was a gift from the Queen, originally worn by the monarch in 1962 to the premiere of Lawrence of Arabia.

Originally designed by Norman Hartnell, the dress was redesigned with a new skirt for the occasion. Buckingham Palace released a statement on the dress, saying: “The dress is made from Peau De Soie taffeta in shades of ivory, trimmed with ivory Duchess satin, with organza sleeves.

“It is encrusted with diamanté and has a geometric checkered bodice. “It was remodeled and fitted by Miss Angela Kelly and Mr. Stewart Parvin.” The dress was displayed at Windsor Castle in the autumn before the tightening of coronavirus restrictions.