The House of Romanov was the reigning imperial house of Russia from 1613 to 1917.

It all began on February 21, 1613, with Michael I (Mikhail Fyodorovich Romanov). He was the first Russian Tsar of the House of Romanov. 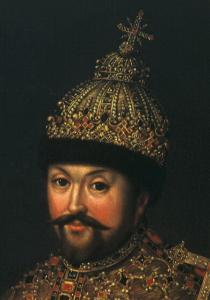 They were a powerful family that ruled Russian for 300 years. In Russian, they didn’t use the term king or emperor, instead, they called their rules Tsar which is a title derived from the Latin title for the Roman emperors, caesar. It began at Czar and then Tsar.

The last Russian Tsar was Nicholas II or Nikolai II Alexandrovich Romanov. He died on July 17, 1918. And by died of course I mean, was assassinated along with his wife, Alexandra Feodorovna (Alix of Hesse), and all five of his children, Olga, Tatiana, Maria, Anastasia, and Alexei. 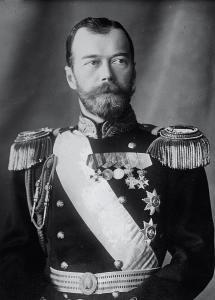 To figure out who would be next in line for the Russian throne, we would need to go back one generation to Alexander III (Aleksandr III Aleksandrovich).

Alexander died as an infant. George died at the age of 28, without having married or had children of his own.

Grand Duchess Xenia Alexandrovna was the eldest daughter and fourth child. She married a naval officer and a Grand Duke in his own right by the name of Alexander Mikhailovich.

Together they had 7 children.

Grand Duke Michael Alexandrovich died early (at the age of 39) but not before marrying Natalia Brasova and having a son – George Mikhailovich, Count Brasov.

The problem is, this union was a morganatic marriage, sometimes called a left-handed marriage. This is a marriage between people of unequal social rank.

Natalia Brasova was the youngest of three daughters of a Moscow Lawyer. In other words, she was a commoner, but even worse, she was also a divorcee. Grand Duke Michael Alexandrovich of Russia was her third husband.

So while Grand Duke Michael Alexandrovich of Russia was of legitimate birth, his mother was shunned by society and had to leave Russian in 1912 to live in exile.

Grand Duke Michael Alexandrovich of Russia did return to Russia during World War I to assume command of a cavalry regiment. Following the Russian Revolution of 1917, he was imprisoned and murdered.

His son George Mikhailovich, Count Brasov died at the age of 20 while living in exile in France with his mother. He did not marry. Although he had no succession rights due to the morganatic marriage of his parents, George was the last male-line descendant of Alexander III of Russia.

Grand Duchess Olga Alexandrovna of Russia was the youngest child. Olga’s relationship with her mother, Empress Marie, the daughter of King Christian IX of Denmark, was strained and distant from childhood. In contrast, she and her father were close. He died when she was 12, and her brother Nicholas became emperor.

In 1901, at 19, she did her royal duty and married Duke Peter Alexandrovich of Oldenburg, who was privately believed by family and friends to be homosexual.

Their engagement, announced in May 1901, surprised family and friends, as Peter had shown no prior interest in women.

Olga spent her wedding night alone in tears, while her husband left for a gambling club, returning the next morning. Their marriage of 15 years remained unconsummated, and Peter at first refused Olga’s request for a divorce. The couple led separate lives and their marriage was eventually annulled by the Emperor in October 1916.

The following month Olga married cavalry officer Nikolai Kulikovsky, with whom she had fallen in love several years before. During the First World War, the Grand Duchess served as an army nurse and was awarded a medal for personal gallantry. At the downfall of the Romanovs in the Russian Revolution of 1917, she fled with her husband and children to Crimea, where they lived under the threat of assassination. Her brother Nicholas and his family were shot by revolutionaries.

Olga escaped revolutionary Russia with her second husband and their two sons in February 1920. They joined her mother, the Dowager Empress, in Denmark. In exile, Olga acted as companion and secretary to her mother and was often sought out by Romanov impostors who claimed to be her dead relatives.

Nikolai Kulikovsky was born into a military family and although Olga’s brother eventually approved of the marriage, it will still be considered by most a morganatic marriage.

So although they were the grandsons of an emperor and the nephews of another, the children received no titles because their father was a commoner.

So this takes us back to Grand Duchess Xenia Alexandrovna of Russia.

The eldest son is Prince Andrei Alexandrovich of Russia. Although he was second born, he was the eldest son and as you know with royals, it’s all about the male children.

Prince Michael being the eldest he would have been next in line but he didn’t have any children from any of his marriages.

That then takes us to the next son, Andrew Andreevich, Prince of Russia.

He was born on January 21, 1923, and is the grand-nephew of Russian’s last Tsar, Nicholas II. He is the great-great-grandson in the male line of Emperor Nicholas I of Russia.

He’s been married three times and has had three children.

Prince Alexis Andreevich Romanov was born on April 27, 1953. While he is the heir to his father’s title of “Head of the house of Romanov” he did not have any children.

His brother Prince Peter Andreevich was born on November 21, 1961. He is married but he too has no children. 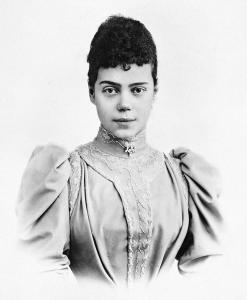 Grand Duchess Xenia Alexandrovna of Russia was born on April 6, 1875, and died on April 20, 1960. She married Grand Duke Alexander Mikhailovich of Russia (I think he was her cousin or 2nd cousin).

He was the son of Grand Duke Michael Nikolaevich of Russia, the youngest son of Nicholas I of Russia. Nicolas I Xenia’s grandfather.

Xenia and her husband Michael had seven children. They had a legitimate “royal” marriage. This makes all of their children the next in line of the royal succession.