This is the current list of succession to the British throne as of October 1, 2021. Keep in mind that the list will change as marriages take place, and new children are born into the royal family.

Some people who were previously excluded because of marriage to a Roman Catholic have since been restored because their exclusion was repealed on March 26, 2015, as part of the Perth Agreement. This mostly has to do with those who married Catholics. From the way I understand it, if you married a Catholic but you, yourself aren’t a catholic then your place was restored.

This royal line of succession, as seen below, was last updated on October 1, 2021 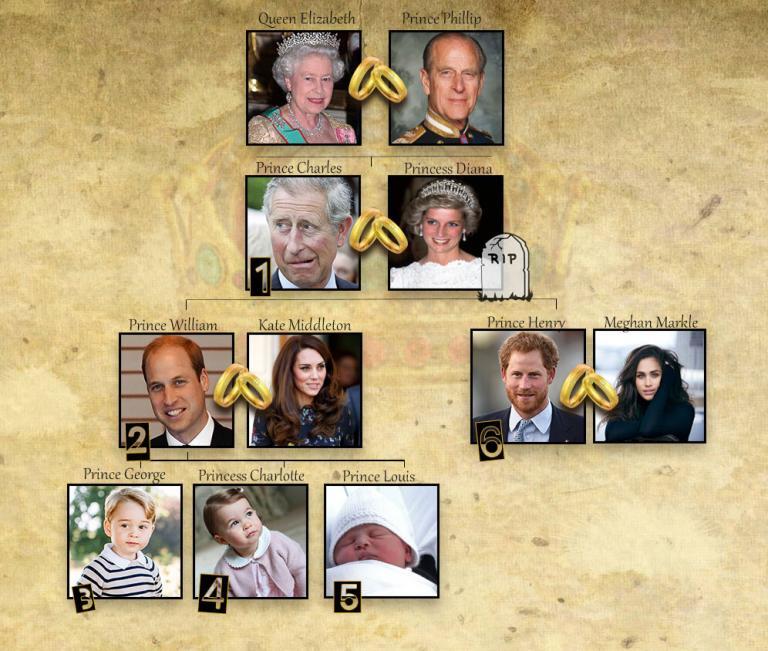 Who is next in line to the British Throne?  This is the full list of the line of succession!

When Queen Elizabeth took the throne upon the death of her father, the papers printed the official line of succession to the throne. Here is what they had to say in 1952.

With the death of the King and the accession to the Throne of Princess Elizabeth the order of succession now is:-

The Duke of Windsor, who abdicated before his marriage to Mrs. Wallis Simpson, does not enter into the table of succession, having renounced all rights of succession or for any children he might have.

Prince Charles of Edinburgh (born November 14, 1948), the Heir Apparent, will normally succeed to the Throne on his mother’s death. He was the first child born in direct succession to the Throne since the birth of the Duke of Windsor on June 23, 1894. Now that his mother has succeeded to the Throne, Prince Charles will almost certainly be given the title of Prince of Wales by his mother. This title is always reserved for the eldest son of the ruling monarch and is not inherited It must be granted by the reigning Sovereign by Letters Patent.

The right of the styles of Royal Prince and Princess is governed by rules, laid down by King George V, who limited the descent of both Royal styles to the children of the sovereign of both sexes, and to the grandchildren of the male-only. That is why the children of the Duke of Gloucester bear the titles of prince, whereas those of the Princess Royal do not. Besides receiving the title of Prince of Wales, Charles will automatically become Duke of Cornwall, inheriting all the wealth of that Duchy’s revenue.

ROYAL LINE OF SUCCESSION is Copyright © 2022