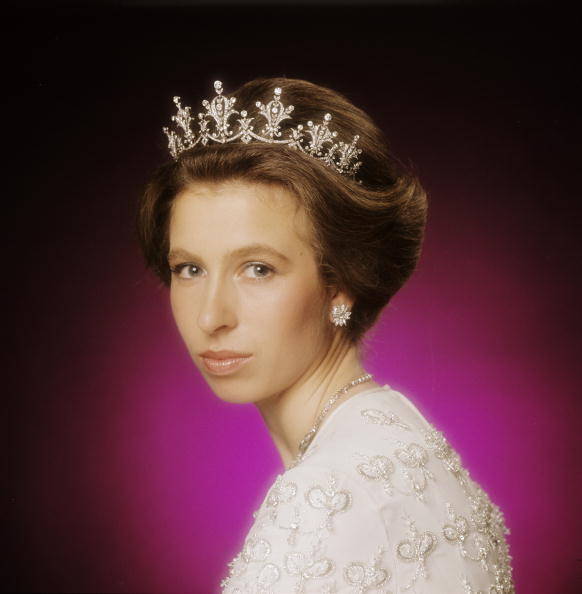 Her Royal Highness Princess Anne, Princess Royal is the second child and only daughter of Queen Elizabeth II and Prince Philip, Duke of Edinburgh. 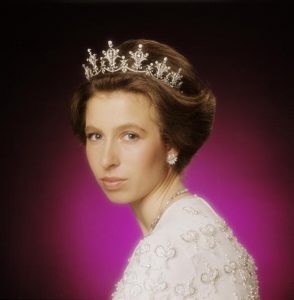 Anne Elizabeth Alice Louise was born on August 15, 1950. She was christened in the Music Room of Buckingham Palace on 21 October 1950, by then Archbishop of York, Cyril Garbett. 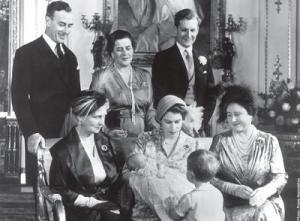 Queen Elizabeth the Queen mother, Princess Elizabeth with Princess Anne, Vice Admiral the Earl Mountbatten of Burma, Princess Margarita of Hohenlohe-Langenburg, Hon Andrew Elphinstone, Princess Alice Countess of Athlone, and a young Prince Charles with his back to the camera on Princess Anne’s christening day.